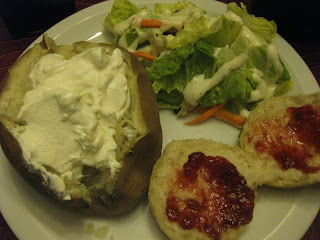 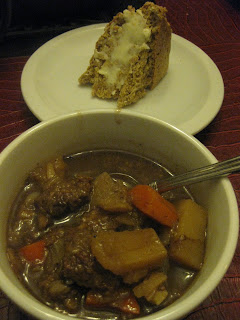 Tuesday Night... Guinness Beef Stew and Irish Soda Bread...
Both of which were homemade by me! 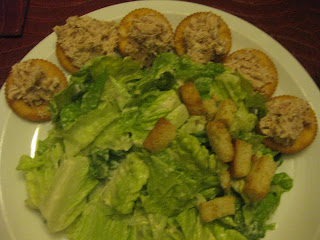 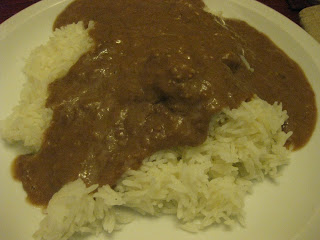 Thursday night... I ate beans and rice... It's not pretty to look at but... it sure was delish... Whenever I eat beans and rice I feel like I should be living in a yurt in Mongolia... I know... I'm weird that way. The peeps had burritos... I think we still have about 62 flour tortillas in the freezer... so we'll pretty much be eating soft taco's once a week for the next 2 months... or more 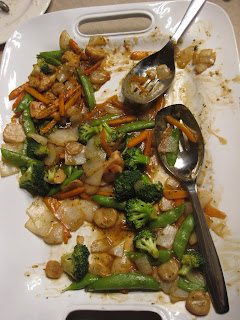 Friday night the girl who thinks she's a bird had a bunch of her peeps over and we made stir fry together. We all sat around and talked about the Holocaust and then Charlie the Unicorn during dinner... and then one of the girls starting singing a Japanese rap song... Have I ever told you how much I LOVE teenagers?

Saturday it was fend for yourself night... It was going to be left over Chinese food night but someone ate all the chicken stir fry and fried rice for breakfast... I ate beans & rice (of course) 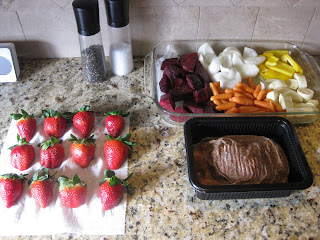 Sunday we had pot roast over at my parents house...
the roasted vegetables were my favorite...

******
Not a very exciting week dinner wise... I guess I was extremely busy clipping coupons, picking up cans and other crazy stuff. BUT... I'm having a great time... and that's what counts. Hopefully I can get around to opening a cookbook sometime soon and make something exciting.
Posted by Mavis at Monday, February 15, 2010

I LOVE comments BUT if you know who we are...due to the fact that we are currently enrolled in the international witness relocation program because of a moon shining incident in Dingle, Ireland involving 3 Mutton, a pair of red shoes and a road flare .... please do not reveal our personal information.... You know.... like names, places, or our favorite brand of toilet paper :) Hey, thanks! 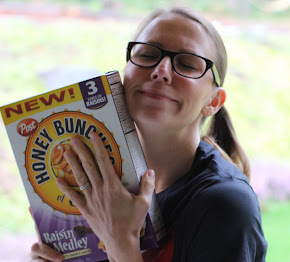 Mavis
I'm your typical housewife living in suburbia. Only instead of hanging out at the wine bar or nail salon... you'll find me at the grocery store... with my coupon binder high on coupon crack. My goal in 2011 is simple... to try and survive with a budget of only $100 dollars a month for all my family's grocery and toiletry needs. Can I do it??? Will I fail? Stay turn to find out.